URBAN regeneration company Newport Unlimited has appointed a regeneration executive in a newly created post to oversee a number of large-scale regeneration projects as part of its wider masterplan for the city.

Andrew Dakin has more than 30 years experience in the public and private sector and has undertaken a wide variety of regeneration projects in many towns and cities throughout Wales and the south west of England.

He will be working on a number of projects at Newport Unlimited including key developments in Crindau and west Newport to re-establish the city’s regional role as a driver for economic growth.

He is a chartered surveyor (MRICS) and a chartered town planner (MRTPI). He is also an associate lecturer at Cardiff University in the Department of City and Regional Planning where he teaches urban regeneration.

He said: “It’s a really exciting time to be joining Newport Unlimited, as many of its key projects are well under way.

“West Newport is already taking shape, particularly with development happening at Junction 28 of the M4 motorway. At Newport Unlimited I’ll be taking this project a stage further by creating new investment opportunities for office and industrial uses.”

John Burrows, chief executive of Newport Unlimited, said: “Andrew will hit the deck running at Newport Unlimited and will play a major role in delivering projects as part of the city’s wider regeneration plan.” 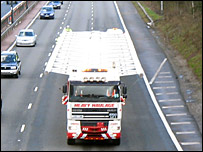